Why Should We All Learn English With Short Films? Because they’re short and sweet. There’s no better expression to describe short movies. By the way, do you know what “short and sweet” means? You can use the expression when you talk about something that is surprisingly short in a pleasant way. You go the doctor’s office and your check-up is short and sweet; you didn’t feel any pain, and everything went smoothly. Okay, maybe that wasn’t the best example. You might be scared of watching short films now. No worries, they have nothing to do with medical visits.

Let’s be clear what we’re discussing.

Short films, or shorts, are motion pictures or movies that are 40 minutes long or less. I prefer those that are under 15 minutes. (The shorter, the better.)

Filmmakers don’t have as much time to catch your attention and introduce the characters to you as they do in longer films. Short films are like speed dates; you have five minutes to get to know a person and figure out if he or she could be the right match for you. I believe you can fall in love with a movie in even less than five minutes. At least, I’ve had love affairs of this kind. I’m still talking about movies; don’t misunderstand me. Look at the infographic below and learn about different types of films, so that you can become a real movie buff.

What? It’s not a rude word; it simply means someone who is very knowledgeable about films.

Why Shorts and Not Feature Films?

You might wonder why so many filmmakers create short movies instead of full-length feature films. Well, the answer is easy.

No money, no movie.

It is expensive to make a two-hour film with a crew of hundreds of people. It’s cheaper and takes less time to make a short. You can shoot it in just a few weeks or couple of days. Nick Scott shot School Portrait in just one day at a London school and used nonprofessional actors. Apart from the main character, the kids who attend the school played in it. The short talks about today world’s problems in only two minutes. It’s not bad, is it?

Why Do I Love Short Films? 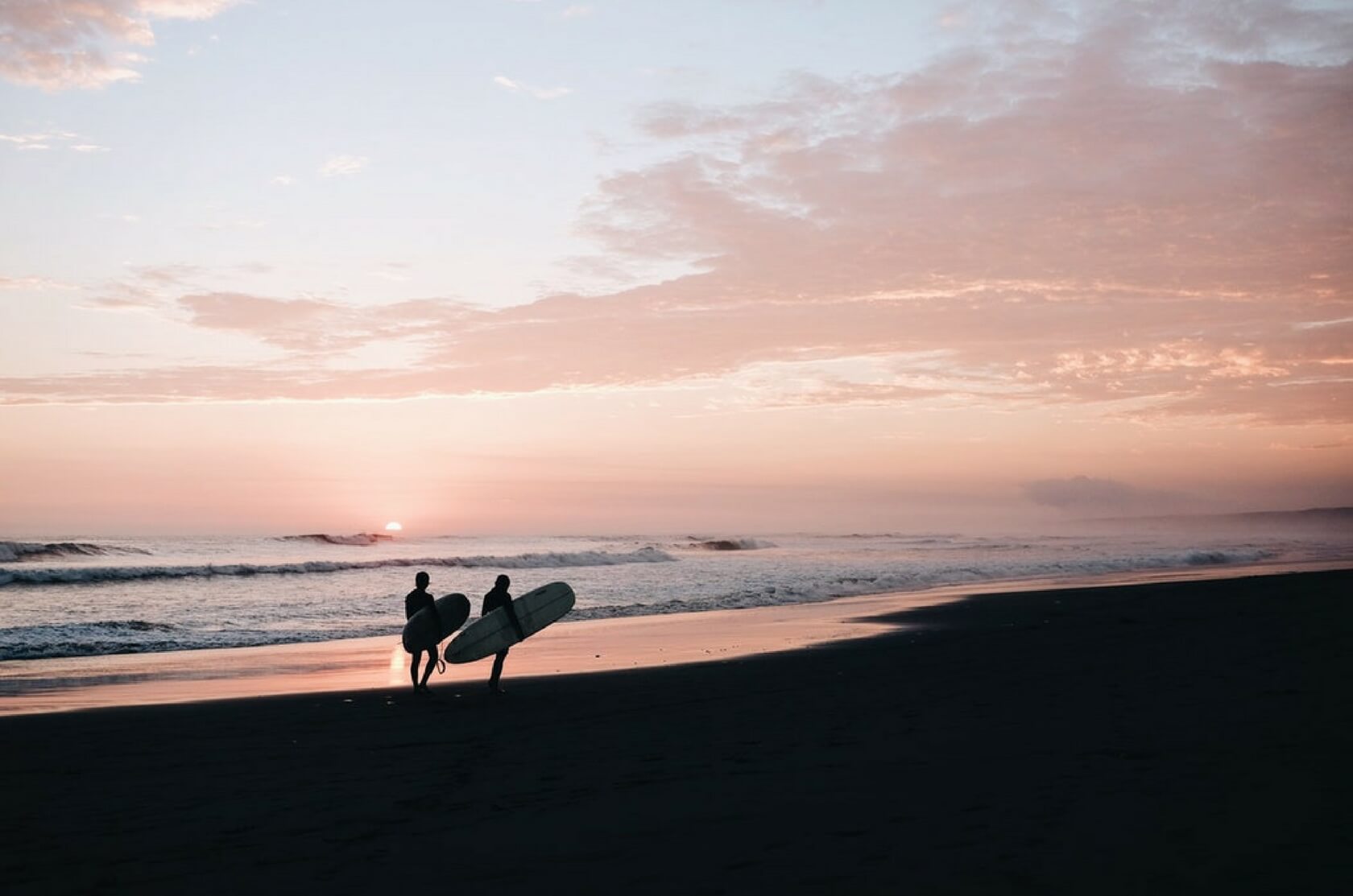 “Freedom, freedom” I would sing loudly, not as brilliantly as Aretha Franklin did, but you get the point.

Most shorts are independent movies. They’re produced by just a bunch of people or the director himself to break free from major film-producing corporations’ rules. They have freedom and can decide when to shoot, where to shoot, and how to make the movie work. Obviously, that’s not always the case with longer films.

The truth is that there isn’t a precise definition of an independent movie. Generally, an indie production is made outside the major studio system.

Lights Film School concluded, however, that its spirit defines an independent film more than whether it is made inside or outside the Hollywood studio system. 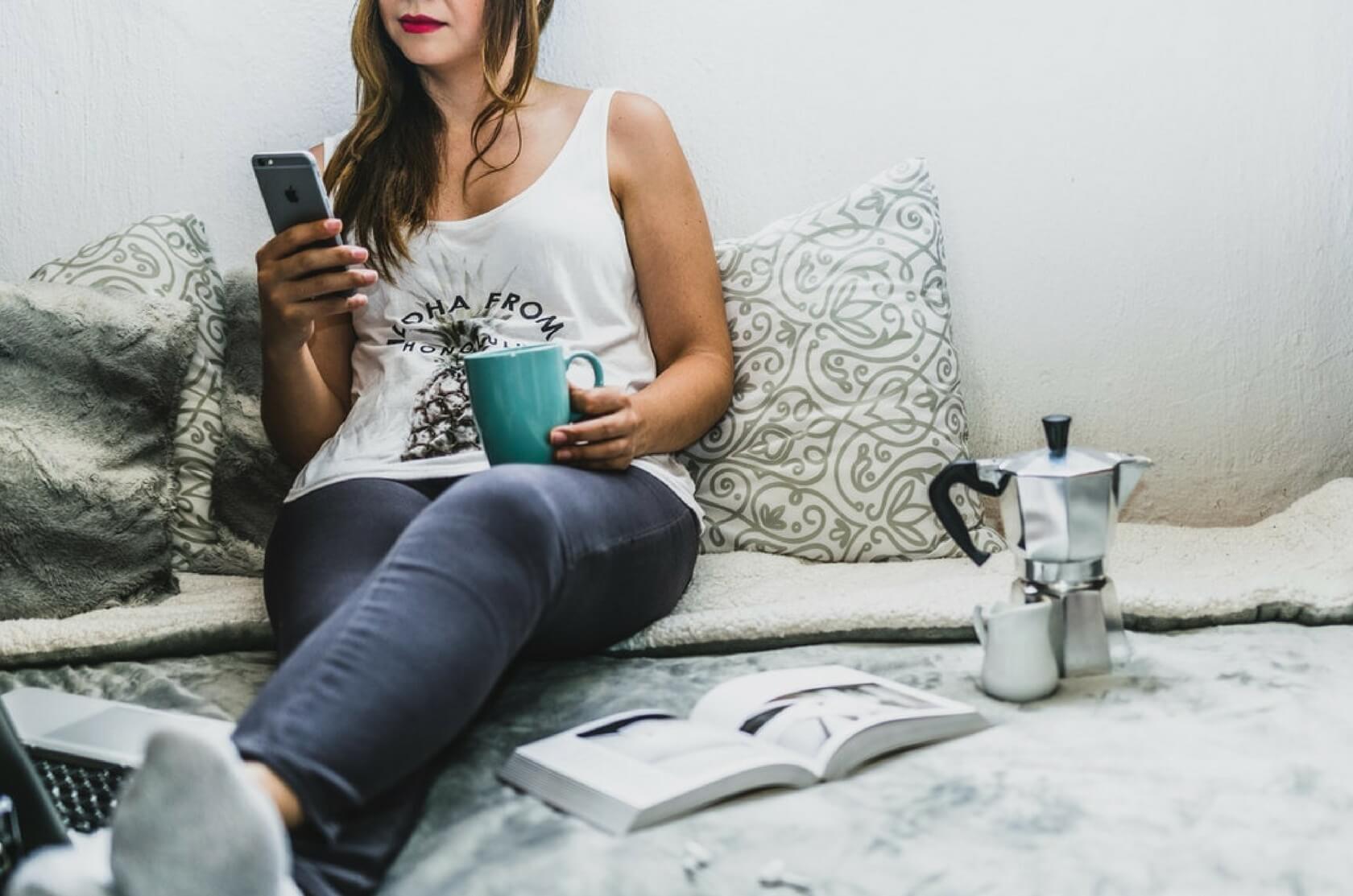 We’re living in a fast-paced world where we consume content very quickly, just by scrolling up and down on our smartphones. Shorts seem to fit into our way of life. You can easily find five minutes to watch a short film on the train while you’re commuting, while you’re in a waiting room, while you’re killing time during your lunch break, or when your boss is not around at work. So, no more excuses. Come on! Rush to watch a short. Right now!

Hurray! Free is the best part of it. You can watch most short films online, on Vimeo or YouTube. Making them freely available is a win-win situation, because it’s beneficial to viewers and filmmakers. We can watch high-quality shorts for free, and unknown but amazingly talented artists can obtain great visibility in a very short time. For instance, What’s on Your Mind by Shaun Higton got more than 15 million views on YouTube. That is an incredible number for an independent filmmaker. 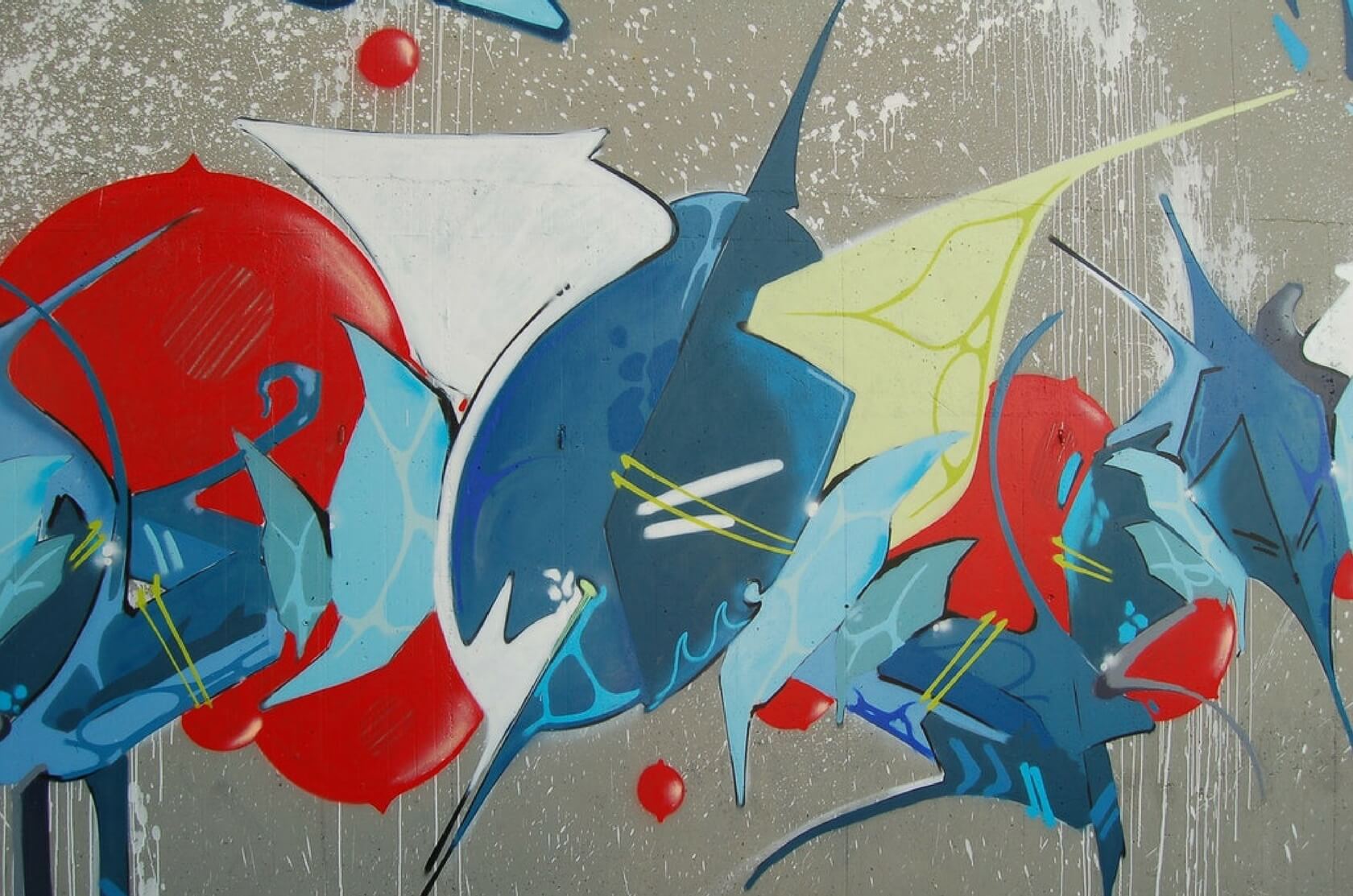 Being able to tell a story and evoke emotions in us in a very limited amount of time is an art. This is my number one reason for loving shorts.

When you make a short film, you need to remove the unnecessary elements and focus on the bits that make that story work. There is no time for many twists and possibilities to introduce your characters. Being concise is always difficult. It’s a challenge that still fascinates many filmmakers.

Is it possible to talk about life and death in only two minutes? Yep. Watch the wonderful Oscar-nominated short film; A Single Life and read my lesson.

Independent filmmakers don’t have to follow film producers’ rules. They can take risks and experiment. It’s no surprise that I find many short films much more original than feature movies. 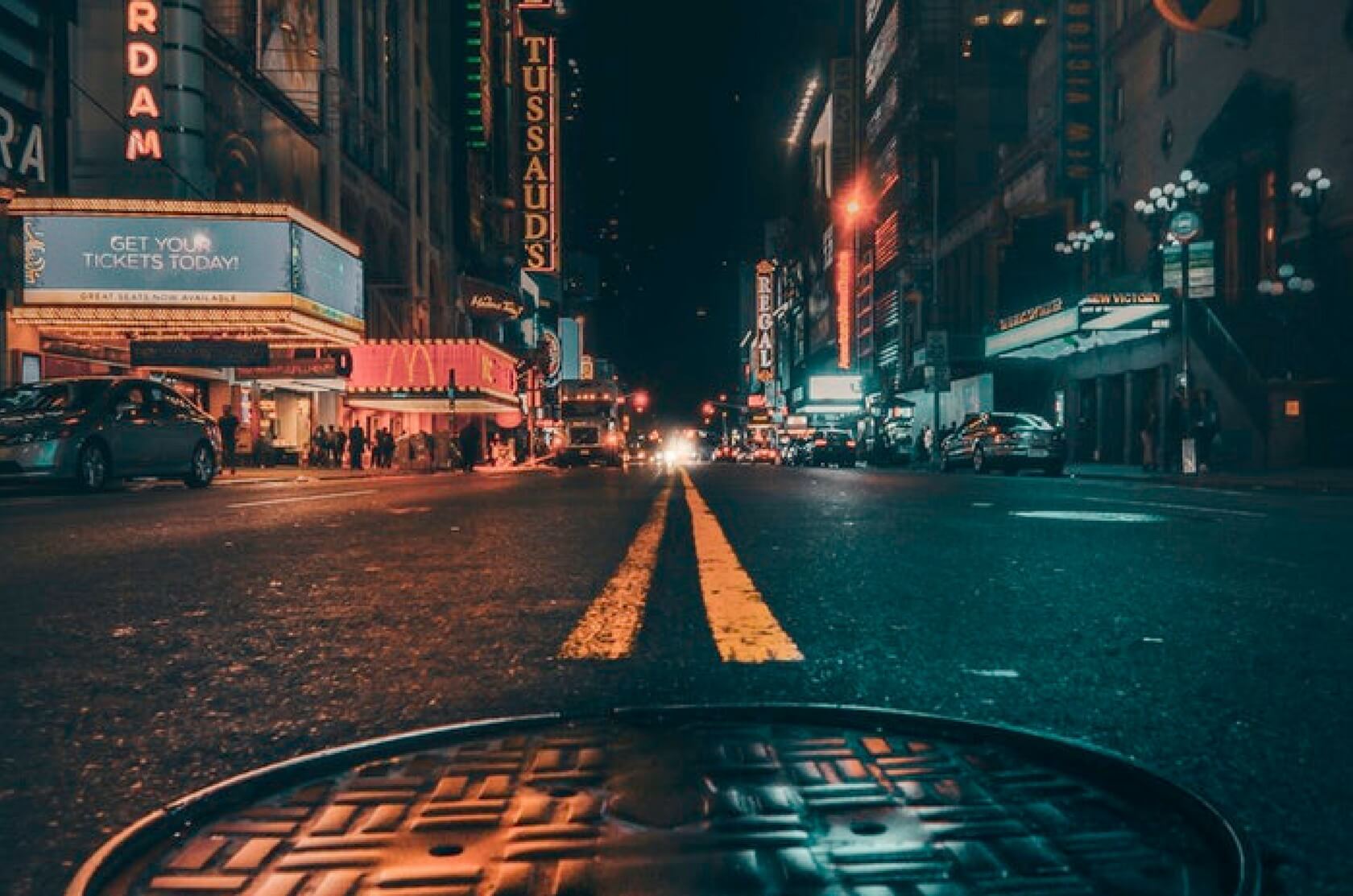 “Online short films are paving the future of storytelling. Today, the most interesting stories aren’t being told in theaters or on TV. They’re being told here on the web. This is where you find the storytellers who are breaking free from formulas, inventing new genres, and surprising the world with shocking new points of view. The next Spielberg, Tarantino, or Cuarón won’t be discovered at a film festival. They will first make their mark right here on the web.”

Why You Should Learn English With Short Films

It can be frustrating to watch a feature film in English and understand one word every 10 minutes. Sometimes even two hours later you still try to figure out what the story was about. Who fell in love with whom?

But it’s much easier to stop and start a short film at any time you like. So once again, let’s repeat the expression: short and sweet. 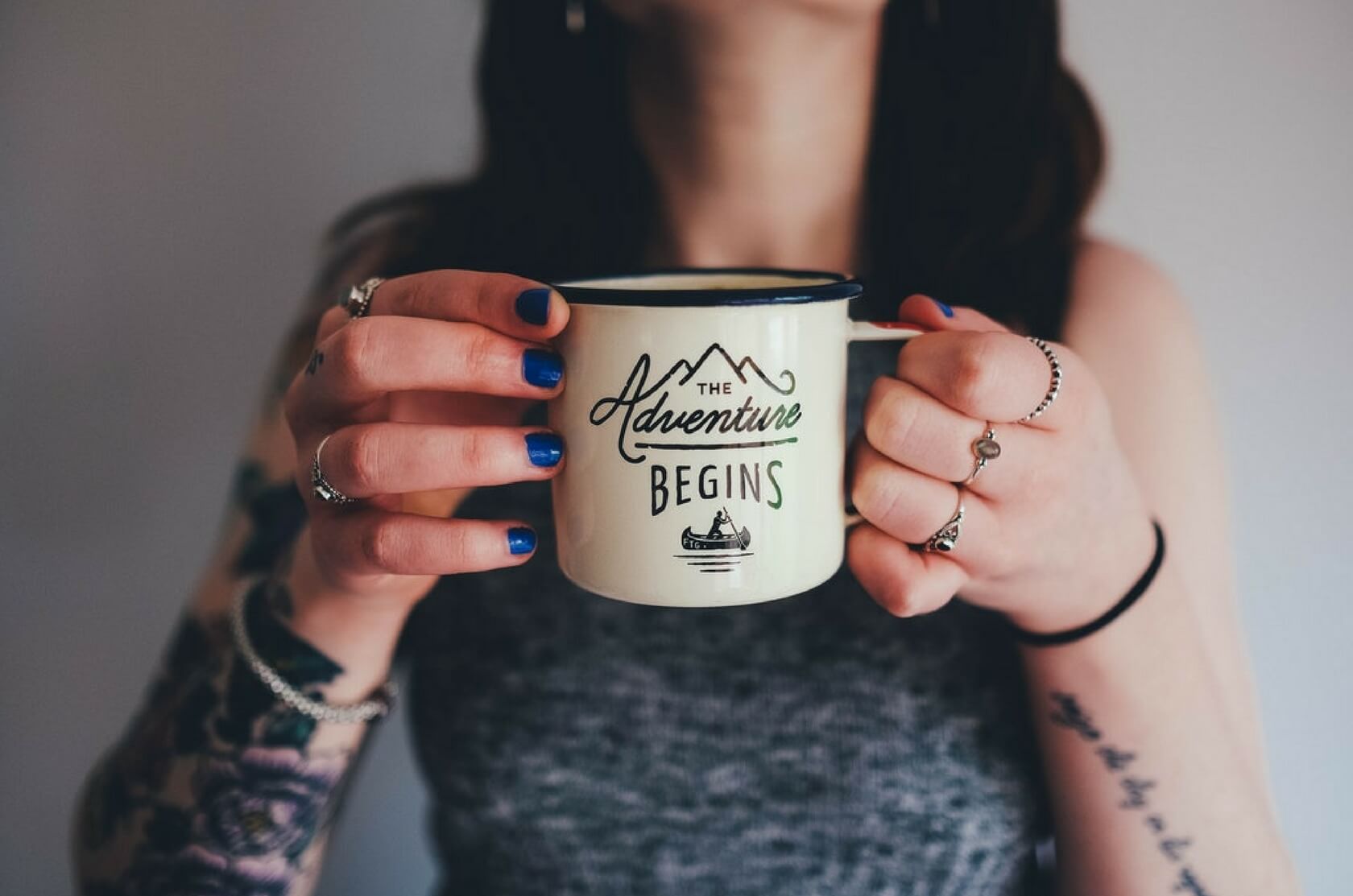 Short films are made for native speakers, not for English learners. So, you won’t find any artificial language you’re probably used to listening to on CDs.

No. Ladies and gentlemen, this is authentic stuff. No oversimplified sentences or excessively standard pronunciation only TV presenters use.

You’ll finally get the chance to learn how grammar is used in spoken English and pick up a lot of colloquial and informal words. The more you’re exposed to this kind of language, the better you’ll get at understanding native speakers. 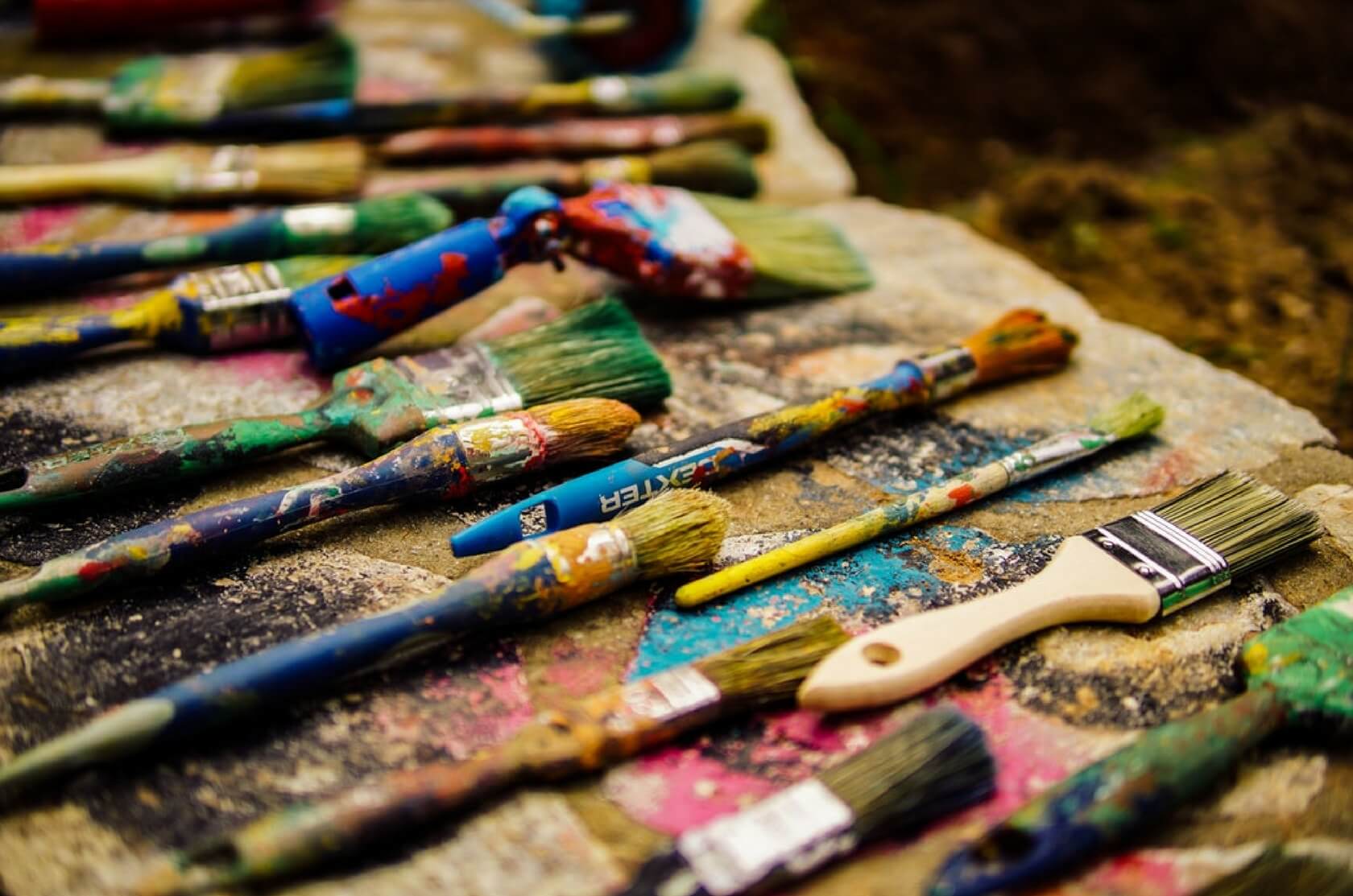 Films speak to our hearts, heat discussions among us, and stimulate creative thinking. We better memorize words with films even when we don’t hear them but simply associate them to images. That’s why you can learn vocabulary with silent movies as well.

We watch films because of the emotions they evoke in us and because we need to listen to great stories. We do need them. 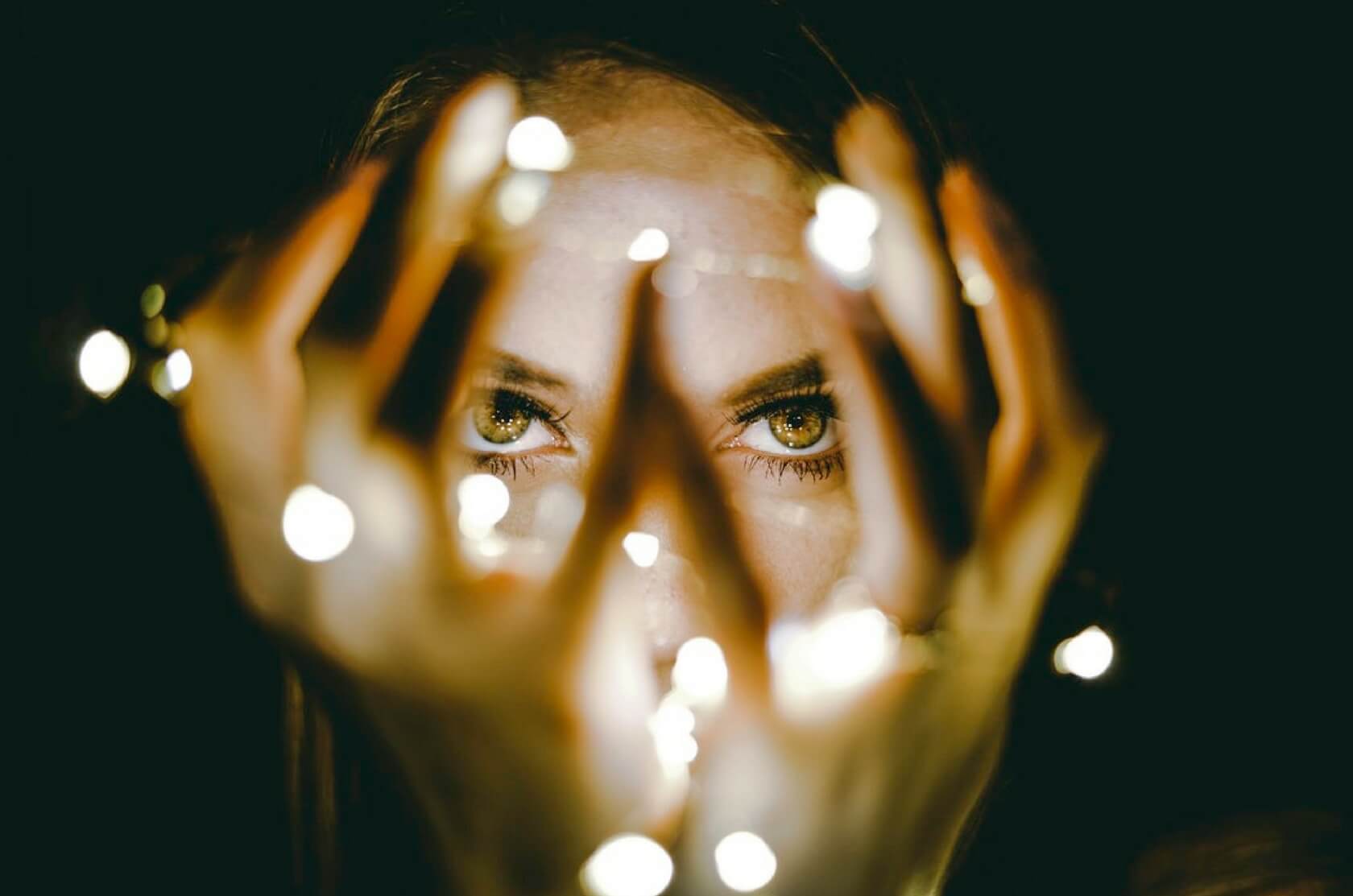 It’s funny; in the past I used films in the classroom just to do listening exercises. But watching a movie is a visual experience. It’s not a podcast or an audiobook. So, when you have to take notes about the words you don’t understand, do comprehension exercises, or read the subtitles at the same time, you miss the film. You don’t see the images. Let’s not forget that a film is a series of moving images.

So, please don’t take any notes; lie back in your chair or on your sofa and concentrate on the images. When you’ve finished watching the film, you can do the hard work.

Let’s see how you can learn English with short films on your own. 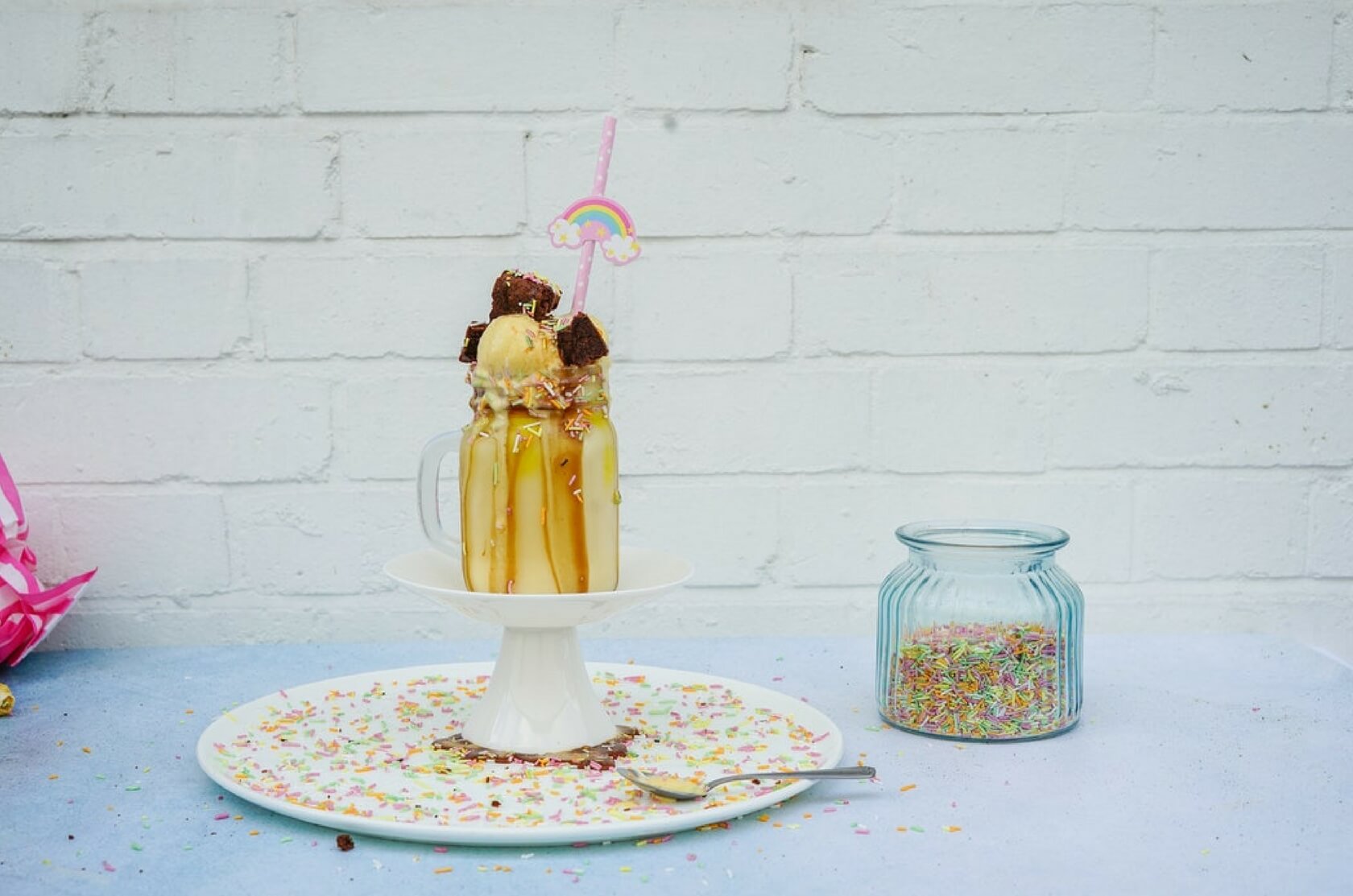 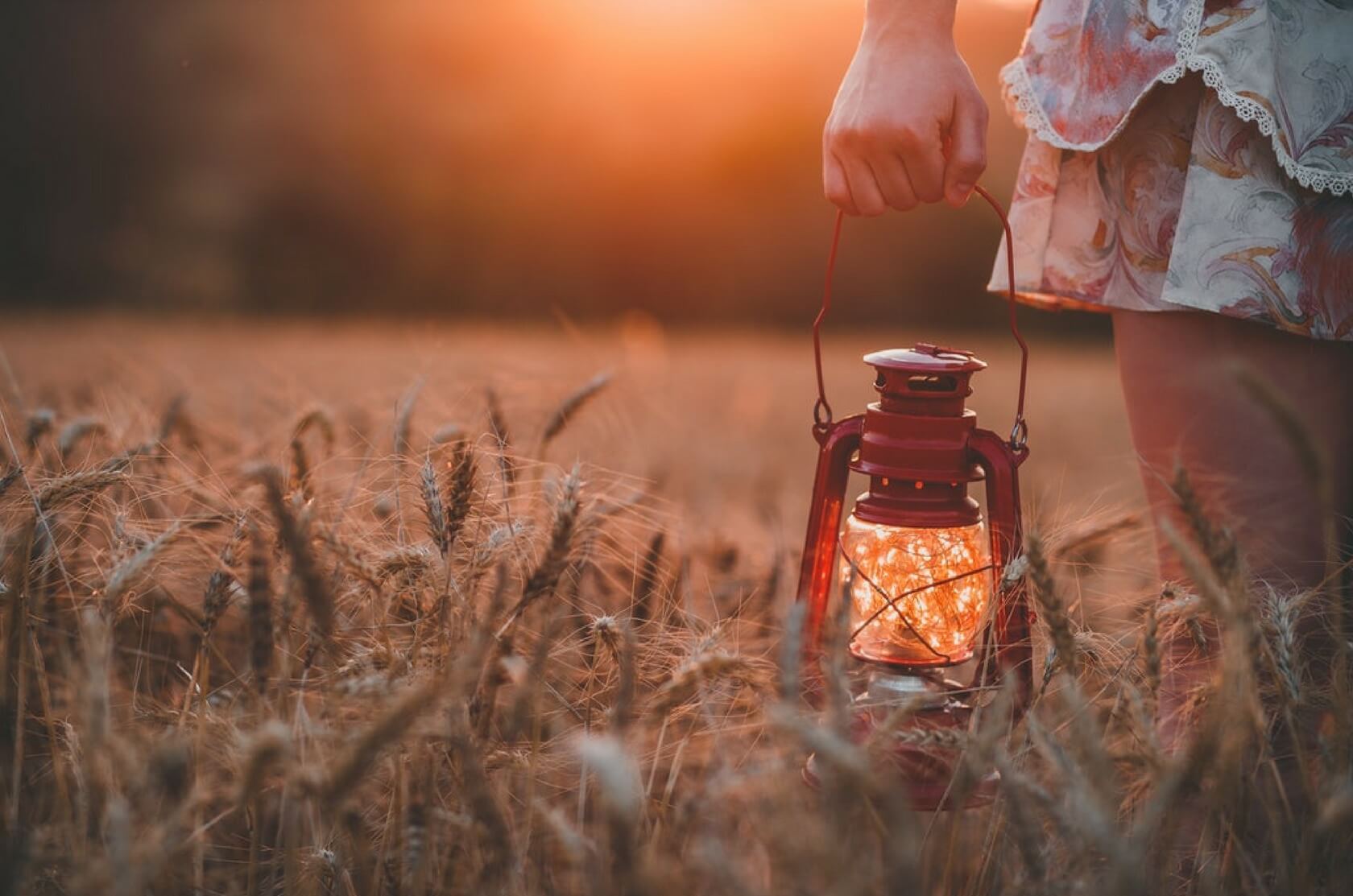 I know it’s difficult to learn a language with films on your own. It’s the number one activity that teachers recommend their students to do alone in their free time. “Hey, you should watch films to improve your English!” But I think it should be the number one task where teachers would need to guide their students.

Teachers should be like movie guides and walk you through the film, explain the words and sentences you don’t understand, give you background information, or help you find out more about certain cultural references you don’t already know. They should hold your hand in a way while you’re watching films. I know, many of them already do.

And please share this article with other movie lovers, too. 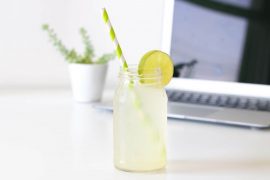 How to prepare for a job interview in English 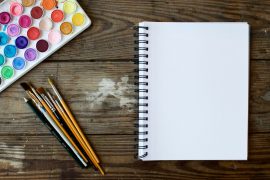